So Brokelyn couldn’t run this piece since some of the recommended dates were in Manhattan and note the Broke-pun-inducing borough. This is something that for whatever reason didn’t cross my mind at the time, maybe because my focus was increasingly being diverted by thoughts of the several bottles of rum and one pouch of wine warming in the early summer sun back at the blanket where we were camped out before the free David Byrne show.

Here it is, so as the effort wasn’t all for naught, even if it still is naught for all. Oh blog, how you serve as such a neat basin for the swirling outflush of failures:

As far as cheap Brooklyn dates go, you’d be hard-pressed to find a better one than the scene in Prospect Park on Monday: a sunny summer day, picnicking under the trees and law enforcement who seemed to look the other way every time a new bottle of wine popped open. Oh, and there was that guy from the neighborhood, David Byrne, who put on a free concert with dancers, lights, three encores, and even some tutus.

So, that’s a pretty high bar to set for low-cost dating experiences. But when there’s not a Talking Head hanging out in the park with 27,000 of your neighbors, where else can you take a date without burning down the wallet? We asked people at the show for some recession-conscious suggestions: 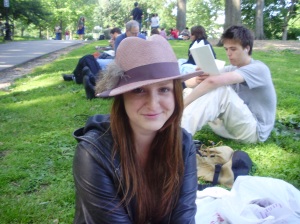 Best for: Getting to know someone without being drowned out by bar noise.

It’s a cheap neighborhood bar with $1 mugs of beer, if your date doesn’t mind a little blue-collar character.

“It’s a nice bar, they have a pool table and a back porch, so it’s cool in the summer. It’s good for a date. You can talk outside and it’s quiet.” 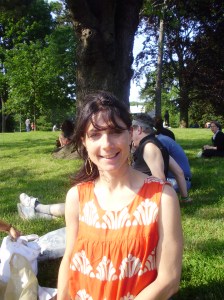 The Brooklyn museum offers a free program of events on the first Saturday of every month. “The movies are never good because they fill up, but you can just walk around the museum for free and there’s a party going on.”

MOMA has free admission after 4 p.m. on Fridays, a perfect chance to take your date up to the rooftop sculpture garden.

Recommendation: Any of the cheap Indian restaurants on 6th Ave in Manhattan near the East Village.

Best for: A good meal and some drinks in the city without having to get a second (or third) job to pay for it

Lots of the restaurants have set menus or allow you to bring your own booze. Perfect for a date on the cheap, Morris says.

“There’s one we go to that’s fixed price and BYOB.” 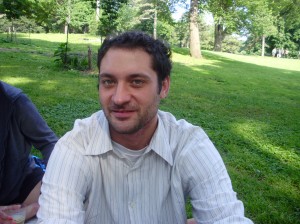 Best for: A date you’re already really, really comfortable with

You’re probably behind on your Netflix queue anyway. And a case of PBR is usually the equivalent of a single beer at a Manhattan bar. But what if even PBR will break the bank on this bare bones date? 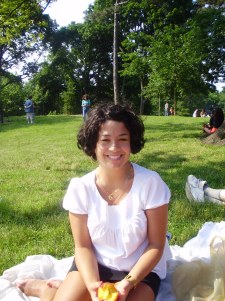 Recommendation: Take a walk around DUMBO (or another interesting Brooklyn neighborhood)

Best for: A no-cost outing on a warm summer evening.

You’ll mix education about a part of town with some romance, and even some mystery. “DUMBO is like a weird ghost town.” 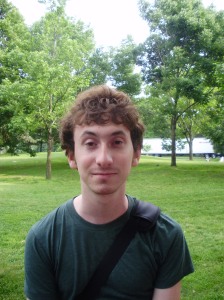 Best for: Dinner, and impressing a date with your mastery of city restaurant specials

After 10 p.m., drinks become half-price, meaning you can get a sake-tini for $3 and a pitcher of beer for $6. The sushi prices are pretty cheap (the lower end rolls average $4). But here’s the trick: as you spend more, the price goes down.

“Make sure you spend $16 or more on sushi, and then you get it half-price.”

The founding place of the gay rights movement remains a wild and interesting place. The drinks may not exactly be ideal for the budget-minded, but it’s worth it to see the free people-watching spectacular that rivals a Broadway show.

Lots of hotels offer free continental breakfasts. Pretending to be a guest in the hotel may not work at the Ritz, but a Holiday Inn should be no problem. Plus, you and the date can try out your improv skills.

“When you hang out in the hotel lobby, you tell fake stories about yourself,” he said. “We’re not advising you to steal … but definitely steal.” 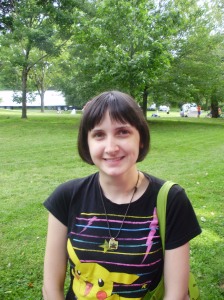 The 10,000-square-foot store lets you test drive any number of Nintendo games for free. And what says romance more than pummeling your date in a vicious round of Wii Boxing?

“There’s 40 different games you can choose from. They don’t kick you out. You can just sit there all day and play.”