Halloween Halloween! Got yer costume yet? Only a week left, so get on it! Don’t be a Cribbster, that guy who always talks a big game about that super tubular Double Dare contestant costume he’s going to wear but then somehow never gets around to buying the oh-so-complicated pair of blue sweatpants and T-shirt that the costume entails, instead settling for something not even passably lame, such as the 2004 college newspaper editor version of yourself (comment Cribbs, 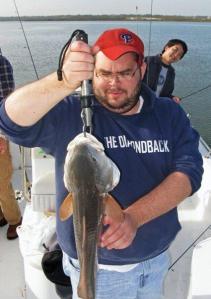 but you know it’s true). I’ve got mine in the works, and I can’t tell you what it is yet, but you should know that it is spooky, scary and I had to fight off some frankensteins to get it.

For a long time, I considered Halloween the champion of holidays  because it was the most creative of holidays, especially in the resurgent latter years of youth (and into the 20s … and probably 30s) where  costuming is again acceptable and encouraged, and witty social criticism via costume is celebrated.

It’s also the time to give in, just a little bit, to the temptation of suspending your disbelief to give a little bit of chilling credibility to our dusty old ghost stories of spectral images spotted when playing hide and seek in the dark in Hitchens’ basement or a creepy, unwelcome set of eyes peering out from the woods next to Shore Summer Camp. In olden days (1999) we would gather round the bonfire on the beach or at a secret freshwater spring hidden deep in the pine barrens of Toms River (this really exists) and try to drip cold chills down each others’ spines.

Now, we can gather round the warm glow of the iPhone and watch YouTube. Good, I hated gathering sticks anyway (note: gathering sticks = ripping up pieces of dune fence. Sorry, environment).

During yonder procrastinatory travels around the internet this week, I found this link of Scariest Real Ghost Videos (via ChicagoNow). Some claim to be real, others are very obviously fake, but all of them are creepy enough to put your shoulders into a hunch of chills over. Watch them with the lights out and see what you think.

Spectral images in the Gettysburg woods

This one may be the creepiest. Watch the rocking chair closely!

I’ll throw in one more, from the personal faves collection. Last year we went on the haunted pub crawl in Savannah, which takes you through Moon River Brewing Company, formerly an inn of ill repute reportedly still haunted by the demons of Civil War menace and cotton-trading malice, where staff say they sometimes see shadowy figures lurking in the corners. Ghost Hunters checked it out too, and this is what they found:

Which ones do you think are real? Yeah, I kinda think they’re all probably fake. But just for the next week, I’ll let myself be not so sure…

4 responses to “Friday Happy: Spooky, Scary – ghosts in the blogosphere”