I tried. Believe me I did, because I’m on your side. I was the lone voice in the apartment who rose up and cried out in angry protest the day the other

roommates announced we would bring a Rat Zapper into the apartment. Brittany had had too much, seen too many furry horrors running across the kitchen floor or lurking outside the bedroom.

It was I, fair rodent, who raised the fist of objection, who climbed the animal welfare soapbox and offered to pony up the price for the humane trap, the one with the pleasant tiny ramps that lure you in with ease into a comfortable rodent waiting room until, yes, the relocation doctor will see you know, and I will be happy to move you out to a nice verdant life in the wilderness of Fort Greene Park.

The compromise reached in the apartment was that the humane trap, would be placed in direct competition with the Rat Zapper, with its cruel voltage mechanical humming of fatality, to see which was more effective in this Brooklyn apartment.

I tried, believe me, Mice, I tried.

I positioned the Humane Trap directly next to the Death Trap, with hopes its two small entry ways would catch your tiny eyes more than the one, long, gaping maw of the Deathoplex.

Desperate for your well-being, humble rodent, I gradually upped the bait ante inside the safe embrace of the Humane Trap, escalating from cracker, to peanut butter on cracker, finally breaking down in a fit of fuck-everything desperation and secretly nicking a piece of fancy cheese in the fridge from the esquisite Manhattan cheese shop to lace Your Path to Safety with the same dairy jewels that bedazzle tourists from Ohio.

But did you care? Did you even squeak “Thanks for the Manchego”? No.

Knowing your arms were small and feeble and disproportionate to the task of sabotage necessary for your kind’s safety, I kicked and prodded the Death Trap every time I passed, hoping one extra jostle would force its resolve to give, its batteries to sputter, its heartless unthinking bolts of kinetic electricity to dissipate, its ability to cleave the harmony between human and creature forever short-circuited.

Yet you didn’t come here for the scraps, the warmth, the adequate back supply of New Yorkers. You came here, it is obvious, to die.

The first red light of death appeared shortly after 10 a.m. on a Friday, followed by the second mere minutes later, just moments after roommate Nathan dumped the first carcass and reset the zapper.

How could this be?! Human-on-animal violence in my own home!

But you just didn’t care. You have some solipsism complex or some arch-nihilism about your position in this world as a creature feared and derided for just following your basic nature. You climbed fire escapes and drainage pipes, shimmied through tiny cracks in the foundation and pushed through small abscesses, all to leave us with your smoldering remains after they were blasted with 30,00 volts of the latest pest-eradication technology.

The indignity of having to dispose of your carcass along with our orange peels and ripped-up bank statements is a statement to me on how fruitless you see my efforts at a peaceful coexistence in this big-footprint city, the laughable naiveté of my proselytizing about there being enough room to let nature and humans share.

Perhaps you’re just dumb. The big hole of the Zapper is, admittedly, a more welcoming sight than the tiny apse of the Flower Child trap. Perhaps you mistook the big zap mat for a dance floor at Studio Fifty Floor, and the blinking red light for some sort of enticing disco beacon.

“Hey look!” you may have squeaked to your friends, “Hot new dance club right here in town! Oooo and check it out – Cecil is already in there, and man he looks wasted! And there’s an open peanut butter bar too!!”

But I knew better. Your nighttime raids of leaving poop next to Brittany’s loaf of bread were too perfectly crafted. 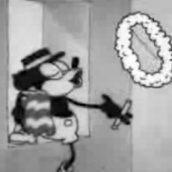 “No, silly boy,” I swore I overheard you saying one day as I rushed into the kitchen to check the traps again, your lips curled around one of Nathan’s cigarette butts from the trash, “our two cultures can never live side-by-side because you have taken everything from us, have built on our ancestral hills and have paved over our hidden food stores. There is no hope for us. That is why we must burn.”

Then you entered the cave and all was darkness. My humane trap sits abandoned and alone, a great idea out of place and ignored, an argument for therapy in a culture of suicide bombers.

This entry was posted in writing and tagged fail, mcsweenys, rejection. Bookmark the permalink.

2 responses to “Rejected McSweeney’s: Open letter to some mice editon”