This Week in Great Sentences

Themes of the New Year: face punching, underground snowstorms, ye olde duderino, and prodigious use of the F bomb:

To wit: I was punched in the face.

The makers of this film seem to have given slight thought to the psychology of teenage girls, less to the possibility that there is no heaven, and none at all to the likelihood that if there is one, it will not resemble a happy gathering of new Facebook friends.

Seriously, you know the line about how they “paved paradise and put up a 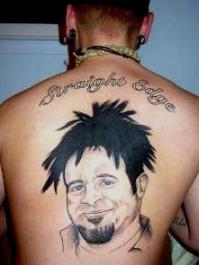 parking lot?” Like how they replaced something beautiful with something cold and heartless and commercial? That’s you. You’re the parking lot, motherfucker. You drove your shitty steamroller over something everyone loved so you could pander your sensitive pussyhound whine to people waiting in line at the Carl’s Jr. They paved Nirvana and put up a Counting Crow. Argh!

In the vicinity of the accident the air had been instantly supercooled by the tons of escaping helium—which meant that several hundred feet underground, sealed off from skies and weather, snow began to fall. “Some say the world will end in fire / Some say in ice,” wrote Robert Frost, but in this sector of the Large Hadron Collider, the showstopping spectacle involved both at once.

DONALD: Wherefore thou playest not at ninepins on Saturday, Sir Walter?
WALTER: On our most holy Sabbath I am sworn / To keep tradition, form and ceremony. / The seventh and the last day rests the Jew; I labour not, nor ride in chariot, / Nor handle gold, nor even play the cook, / And sure as Providence I do not roll.

-Adam Bertocci, excerpted from “Two Gentleman of Lebowski,” via Thrillist, 1/8