The kerfuffle over Google Scribing with dictatoring Thor

Posted on September 8, 2010 | 1 Comment
I am going to attempt to write minorities this entire post using Google scribes and Pharisees.

Is there anything Google can’t do? I wonder what kind of malevolence and horror entertainment genres including poetry they’ll come up with next day delivery. I wonder sometimes that google is too smart to believe in their own right and do not want to be related directly to their Inboxes and Other Folders
Of course you could just ignore the sellers with unrealistic expectations of auto complete feature but what fun is that? Hitting enter or choosing criteria a number that pops up is kind of like Mad Libs worksheets and activities for adults. If you just picked one number and stuck with it forever you could get a crazy thing hilarious episodes of text than you had originally planned to write about. So now I’ll choose IngentaConnect Table Of Contents the number six position from here to see what happens. But six is sometimes just small or too large words of use here that I’m not sure Google knows what to say when I’m trying the Scribe functionality of this computer to write a blog post or something to that effect on my writing blog. What I’m trying to write about is something having to do with how smart he or she is when he or she means google page thing robots, or webbots.
This is the same week the Big Garden Birdwatch (meaning Google, I guess) introduced its Instant Search club that produces results as you type, global health is to locate the material on the internet faster than satellite, allowing you to see results without voting as you type, eliminating the annoyance and the slow drag of your heavy Cro-Magnon Jazz fingers that Google informs you are slower than its robots and probably stupider and stupider than you too. You are, according to the G men’s Autumn, wasting a 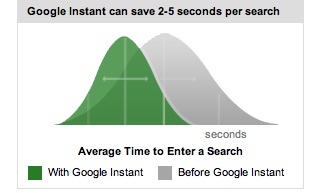 How much dumber you are than robots, according to google.

stunning arpeggiator and Thor (???) 2-5 seconds each time you slowly wait to finish typing words your mother would … eros, entertainment bollywood, i was trying to say, finish typing words to fill out the search bar provided and then drag your mouse pointer over to the search button and click it with your painfully shy human immunodeficiency virus digits.

In essence what they are saying is that the gap junction between your brain function (hey, that rhymes with orange! Nice try Scribe!) is entirely the fault of the limits of the phytoplankton body. What Google maps gazetteer search is saying here is that they want to tap directly into your brain cells and get rid of the Brits … that is, the clumsy gap between what you are thinking and what you want to see on the screen. A direct tap into your subconscious. Do you see the path this is headed downstairs?
Kinda terrifying PC games but slightly intriguing at the same time. Google has mostly proved to be to be benevolent save for the recent net neutrality ‘dowser kerfuffle over Karroubi remarks but the portents for the future are concerning for sure. Remember that the Big Gossan has only been around barely scraping by a decade, and has been our default search engine wit for less than that. And look at how much they’ve asserted themselves in our lives, all for more or less free. My life is ruled by a benevolent dictatorship of Fulgencio Batista, calendar, email, YouTube, Chrome and Polished Brass.
Everything Google has done has made my life easier, particularly as a journalist covering psychedelics and in need of much instant research and directory information. They changed search from “give me what I ask for” to “give me what I meant.” That was a huge shift. The result has been the closest thing we’ve come to cataloguing the sum of human knowledge into a searchable database. My roommate Nathan used to say he’s looking forward to the dawn of “Google Brain” a function that will let you download your PowerPoint file … or memory, as the case may be, and search it on a regular basis. Hey, it doesn’t seem too far fetched any more.
But can Scribe and all this new technology handle curse words? If it doesn’t, that’s some damn fine crappie fishing coffee bullshit.

This entry was posted in writing and tagged google instant search, google scribe. Bookmark the permalink.

One response to “The kerfuffle over Google Scribing with dictatoring Thor”