The New York Times over the past two weeks blew up the spot of two linguistic terms many of us in the two-state area hold in various levels of esteem. The two discussions of the words are related, as one reflects a pointed and targeted slight at a specific group, and one has been stretched like an rubber band around a stack of newspapers and no longer has any shape or functionality.

1) Hipster. In a much twote-about internal discussion, the Grey Lady noted that the term has been beaten to an unironic pulp by the paper of record, where it appeared 250 times in the past year. Quoth the standards editor:

In any case, hipster’s second life as hip slang seems to have lost its freshness. And with so many appearances, I’m not sure how precise a meaning it conveys. It may still be useful occasionally, but let’s look for alternatives and try to give it some rest.

You hear that hipsters? Your freshness is gone!

2) Benny. Long a somewhat secret code among locals, the rise of the latest MTV pseudo reality Seaside-Heights-based crap storm (and there have been several 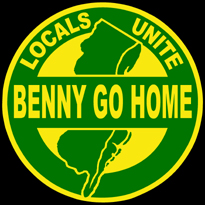 already) has taken the term into the mainstream. Long held as a particularly biting derogatory term for a certain brand of petulant North Jersey/New York tourist, “benny” is about as violent a verbal slam you can levy on a passerby on the boardwalk (even the term “Jersey Shore” triggers shockwaves of naseau among the folks from the beach areas, so much so that my friend Kenny, upon hearing it uttered by a should-know-better local, would routinely correct said person, that only stupid bennies called it “the shore” and that they would have to eat by themselves at this mall Burger King to think about what they’ve done for awhile. That was 1996, btw). Our friend Jen’s brother ran a rather successful pre-internet viral campaign around a site called Go Home Bennies (kindred sites still exist). END_OF_DOCUMENT_TOKEN_TO_BE_REPLACED